This story is about those three months, told from the day he received his call-up telegram Miguel Mitras weaves a story of friendships, human vulnerability and navigating through emotions that come at you. In this candid account of trucking through Mozambique in , you might even find a little laugh bubbling out as you read It was also well known to those involved in fermenting conflicts in order to topple African governments with a view This work is a serious, non-fictional autobiography, which inter alia is an expose of the times and personalities involved during the thirty years the author spent in covert operations with the Nationalist Party government of South Africa from General Jannie Geldenhuys is widely regarded as one of the leading military commanders South Africa has ever produced.

As Chief of the South African Defence Force from to he brought his experience to bear on the South African Border War, and was part of the negotiating team which brought an end to the conflict in In this The First World War moulded the global landscape and had a lasting effect on much of the World.

Where the majority of international research focusses on the European theatre, Antonio Garcia explores one of the peripheral campaigns In this book Alon recounts some of his most memorable police duties, opening a small window to the public of what it means to police the suburbs and townships of South Africa, especially during the turbulent 90's and early 's. This book recounts true stories of action and mayhem.

Shootings, car-chases and tracing murderers! Real events as told by a Police Even though the Anglo-Boer War of ended more than years ago, no extensive study on the sites of remembrance of this war that covers the country as a whole and is based on methodological research has thus far been published. This book is aimed at filling that void. This is a study of commemorative sites with a difference If there was ever anyone who went a little further, a little beyond, it was Alastair MacKenzie. This is the concise story of the first ten years of service from to of the Buccaneer aircraft of 24 Squadron including all the tragic aircraft losses during this period, the Tip-to-Top race, sinking of the Wafra, Operation RSA and the beginning of the Hanto bomb project.

For decades these missions have been kept secret. In order to outsmart the terrorist intelligence network, he reverted to a pseudo warfare roll, locating and attacking terrorist in After bitter debate, South Africa, a dominion of the British Empire at the time, declared war on Germany five days after the invasion of Poland in September He demobbed as major, qualified in London as These memoirs are a year window into the life of someone who patrolled with Marine Recon in the jungles of Vietnam, jumped into action with the Rhodesian Light Infantry's Fire Force, infiltrated guerrilla groups on counterinsurgency operations with the Selous Scouts and later waded through the war in Beirut.


It's not just a war story - though there are stories In this explosive book, investigative journalist Pieter-Louis African Aviation Series No. Until now little has been known about the Rhodesian contribution to the history of the SAS. SAS Rhodesia provides a comprehensive account of the origins and history of this famous Special Forces unit, as told This is the story of one of the world's most effective Special Forces units told by the men who served in it.

Breaking with conventional military thinking, the South African Police created Koevoet by refining the concept of the counter-insurgency group pioneered in Rhodesia during the Bush War in order to provide up-to-date intelligence about an elusive enemy. Now at The terrorist was caught between our two Casspirs. A long burst erupted and the insurgent was blown to hell and Ranged against two powerful communist terrorist armies, the small, under-equipped army of Rhodesia defied all military convention by not only resisting the onslaught, but taking the fight to the very heart of the ZIPRA and ZANLA terrorist machines.

The efforts of the Rhodesian army and air force shocked the world; how could such a small force of men repel the At the height of the cold war, the small landlocked country of Rhodesia found herself ranged against two powerful communist terrorist armies who, in turn, were backed by Soviet Russia and China. The strategic aim of both backers was Al Venter's latest book on South Africa's year Border War along the Angolan frontier offers a host of new perspectives.

These include details about units like the South African Air Force 44 Squadron which converted Dakota aircraft into flying gun platforms similar to those used in America's war in South-East Asia. He also has American nuclear specialist David Albright Aware that his past is about to catch up with him, a psychopathic KGB agent requests a transfer to Africa. 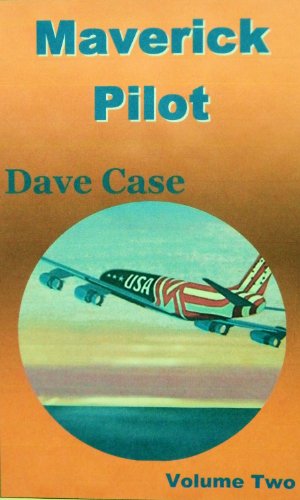 Soon after arriving, the ruthless Morozov leads a small band of communist guerrillas into Rhodesia. Their deadly mission: to down another civilian passenger aircraft.

Within hours of the tragedy, Rhodesian security forces activate a hot-pursuit operation. A CT scan showed global brain swelling, which is a sign of diffuse damage, but no actual dead zones. For more than a week, she lay comatose. Then, slowly, she came back to life. First, her pupils started to react to light.

Next, she began to breathe on her own. And, one day, she simply awoke. Two weeks after her accident, she went home. Her right leg and left arm were partially paralyzed. Her speech was thick and slurry.

Exclusive: Doug Liman Says ‘Edge of Tomorrow 2’ Could Be His Next Film

But by age five, after extensive outpatient therapy, she had recovered her faculties completely. She was like any little girl again. To save this one child, scores of people had to carry out thousands of steps correctly: placing the heart-pump tubing into her without letting in air bubbles; maintaining the sterility of her lines, her open chest, the burr hole in her skull; keeping a temperamental battery of machines up and running.

The degree of difficulty in any one of these steps is substantial. Then you must add the difficulties of orchestrating them in the right sequence, with nothing dropped, leaving some room for improvisation, but not too much. Intensive-care medicine has become the art of managing extreme complexity—and a test of whether such complexity can, in fact, be humanly mastered. On any given day in the United States, some ninety thousand people are in intensive care.

Over a year, an estimated five million Americans will be, and over a normal lifetime nearly all of us will come to know the glassed bay of an I. Wide swaths of medicine now depend on the lifesupport systems that I. Critical care has become an increasingly large portion of what hospitals do. Fifty years ago, I. Today, in my hospital, a hundred and fifty-five of our almost seven hundred patients are, as I write this, in intensive care. The average stay of an I.

Going into an I. But the days will be the most precarious of your life. A decade ago, Israeli scientists published a study in which engineers observed patient care in I. They found that the average patient required a hundred and seventy-eight individual actions per day, ranging from administering a drug to suctioning the lungs, and every one of them posed risks. Remarkably, the nurses and doctors were observed to make an error in just one per cent of these actions—but that still amounted to an average of two errors a day with every patient.

Intensive care succeeds only when we hold the odds of doing harm low enough for the odds of doing good to prevail. This is hard. There are dangers simply in lying unconscious in bed for a few days. Muscles atrophy. Bones lose mass.

Reviews, opinions, musings, and other nonsense

Pressure ulcers form. Veins begin to clot off. Add a ventilator, dialysis, and open wounds to care for, and the difficulties only accumulate. The story of one of my patients makes the point. Anthony DeFilippo was a forty-eight-year-old limousine driver from Everett, Massachusetts, who started to hemorrhage at a community hospital during surgery for a hernia and gallstones.

When he arrived in our I. He was delirious from fever, shock, and low oxygen levels. He shoved her—he was a big man—and tried to swing his legs out of the bed. We turned up his oxygen flow, put his wrists in cloth restraints, and tried to reason with him. He eventually let us draw blood from him and give him antibiotics.

The laboratory results came back showing liver failure, and a wildly elevated white-blood-cell count indicating infection. It soon became evident from his empty urine bag that his kidneys had failed, too. In the next few hours, his blood pressure fell, his breathing worsened, and he drifted from agitation to near-unconsciousness. Each of his organ systems, including his brain, was shutting down. I called his sister, who was his next of kin, and told her of the situation.

So we did. We gave him a syringeful of anesthetic, and a resident slid a breathing tube into his throat. Next, she put in a central line—a twelve-inch catheter pushed into the jugular vein in his left neck.

After she sewed that in place, and an X-ray showed its tip floating just where it was supposed to—inside his vena cava at the entrance to his heart—she put a third, slightly thicker line, for dialysis, through his right upper chest and into the subclavian vein, deep under the collarbone. We hooked a breathing tube up to a hose from a ventilator and set it to give him fourteen forced breaths of a hundred-per-cent oxygen every minute.

We dialled the ventilator pressures and gas flow up and down, like engineers at a control panel, until we got the blood levels of oxygen and carbon dioxide where we wanted them. The arterial line gave us continuous arterial blood-pressure measurements, and we tweaked his medications to get the pressures we liked. We regulated his intravenous fluids according to venous-pressure measurements from his jugular line. We plugged his subclavian line into tubing from a dialysis machine, and every few minutes his entire blood volume washed through this artificial kidney and back into his body; a little adjustment here and there, and we could alter the levels of potassium and bicarbonate and salt in his body as well.

He was, we liked to imagine, a simple machine in our hands. It was as if we had gained a steering wheel and a few gauges and controls, but on a runaway eighteen-wheeler hurtling down a mountain. Keeping his blood pressure normal was requiring gallons of intravenous fluid and a pharmacy shelf of drugs. He was on near-maximal ventilator support. His temperature climbed to a hundred and four degrees. Less than five per cent of patients with his degree of organ failure make it home. And a single misstep could easily erase those slender chances.

For ten days, though, all went well. He had become too sick to survive an operation to repair the leak. So we tried a temporary solution—we had radiologists place a plastic drain, using X-ray guidance, through his abdominal wall and into the severed duct in order to draw the leaking bile out of him. They found so much that they had to place three drains—one inside the duct and two around it. But, as the bile drained out, his fevers subsided. His requirements for oxygen and fluids diminished. His blood pressure returned to normal.

He was on the mend. Then, on the eleventh day, just as we were getting ready to take him off the mechanical ventilator, he developed high, spiking fevers, his blood pressure sank, and his blood-oxygen levels plummeted again. His skin became clammy.